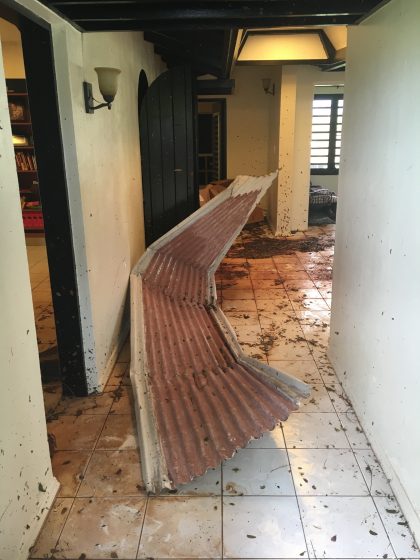 We finally made it.

We’ve finally finished moving out of our Orlando home, and down to St. Croix. We’ve got boxes upon boxes that should be arriving soon at the post office. But, it wasn’t easy getting here. 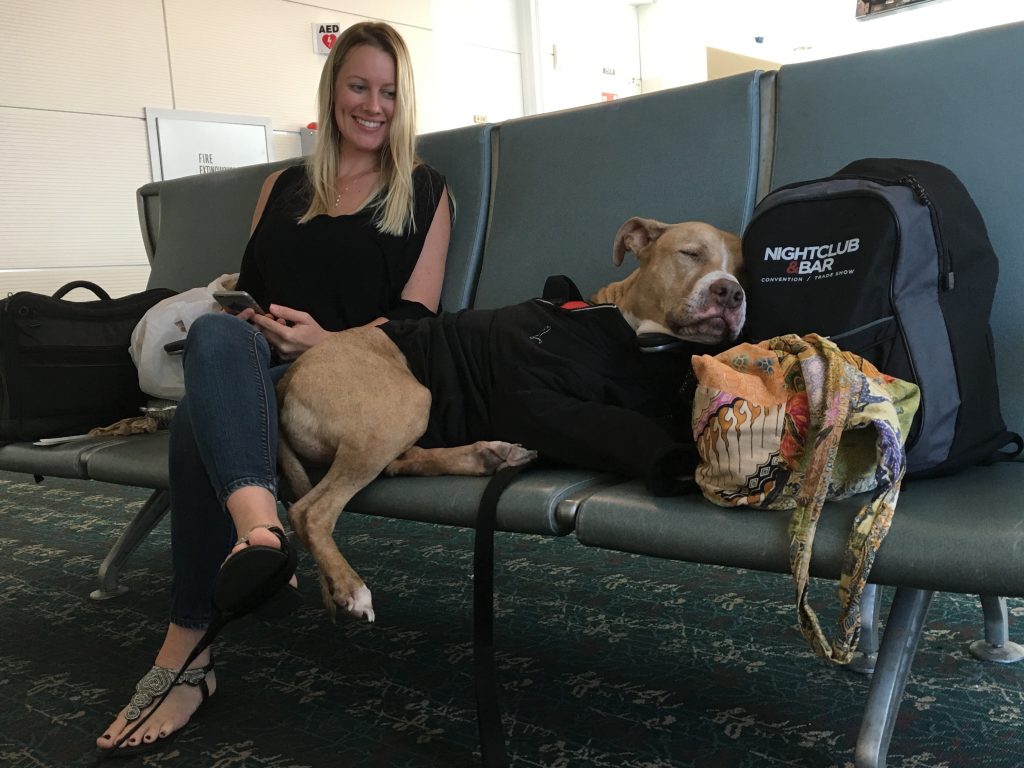 After an evening with my parents, and afternoon moving boxes to the post office to ship off to the island, we packed ourselves and the dogs in the car to head to our friend Val’s for a ride to the airport.  Unknowingly (since the app wasn’t up to date) our flight had been canceled, but we pushed to head on anyways at the CheckIn counter.  Upon arrival at the counter, the gate agent told us we couldn’t take our chainsaw as checked luggage, even though it was brand new and in the box. Val, our angel of a friend and ride, offered to mail it down for us. I’m going to need it in our yard. 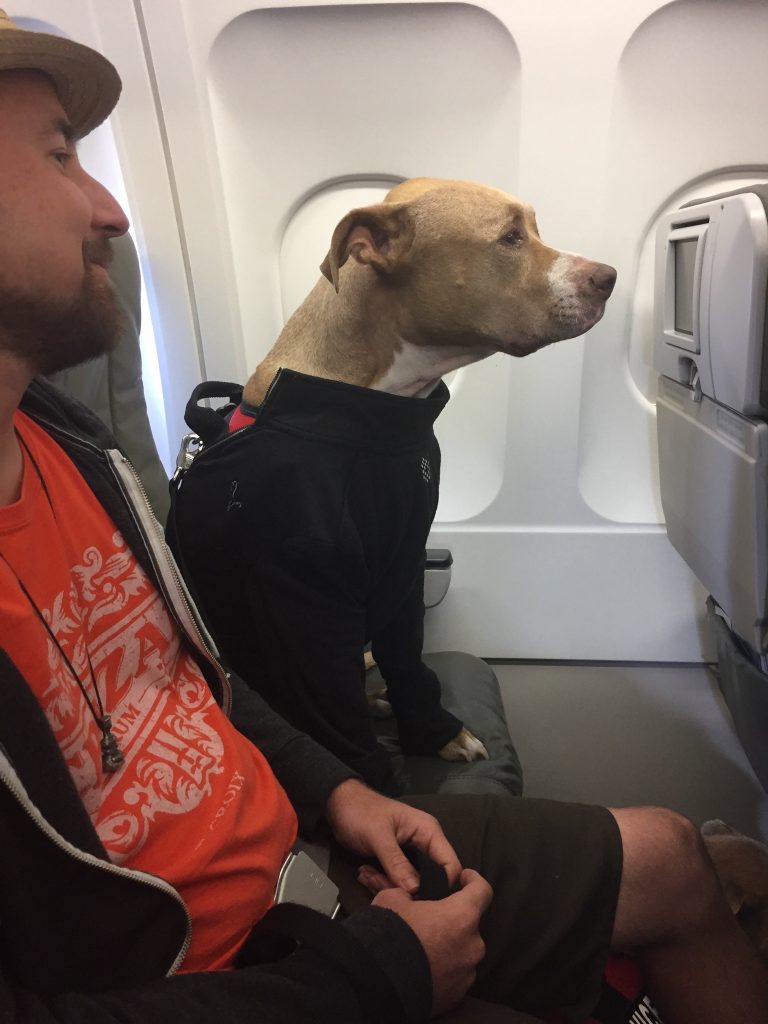 The farthest we got that day was Puerto Rico, where the next flight to St. Croix wasn’t until the next morning and on a different airline, Cape Air. We spent the night on the sidewalk under the stars, outside of the airport, with both Tate and Kaden. No hotels were available until November (a month from now) since many reservations were now long term tenants who didn’t have homes to go back to since the storms.  A nice man from the NY Port Authority, there to help rebuild Puerto Rico’s airport, gave us a pillow and blanket. He was there with a team sleeping on cots upstairs. Several grueling and tiring hours later, we were almost told that two dogs are not allowed on the Cape Air flights since the planes are so small. Luckily it was a completely empty flight with the exception of our new friend Matt (also moving to St. Croix with plans of building a home), so the pilot made an exception for us. Thank God, because another night in Puerto Rico on the sidewalk would have been a nightmare. 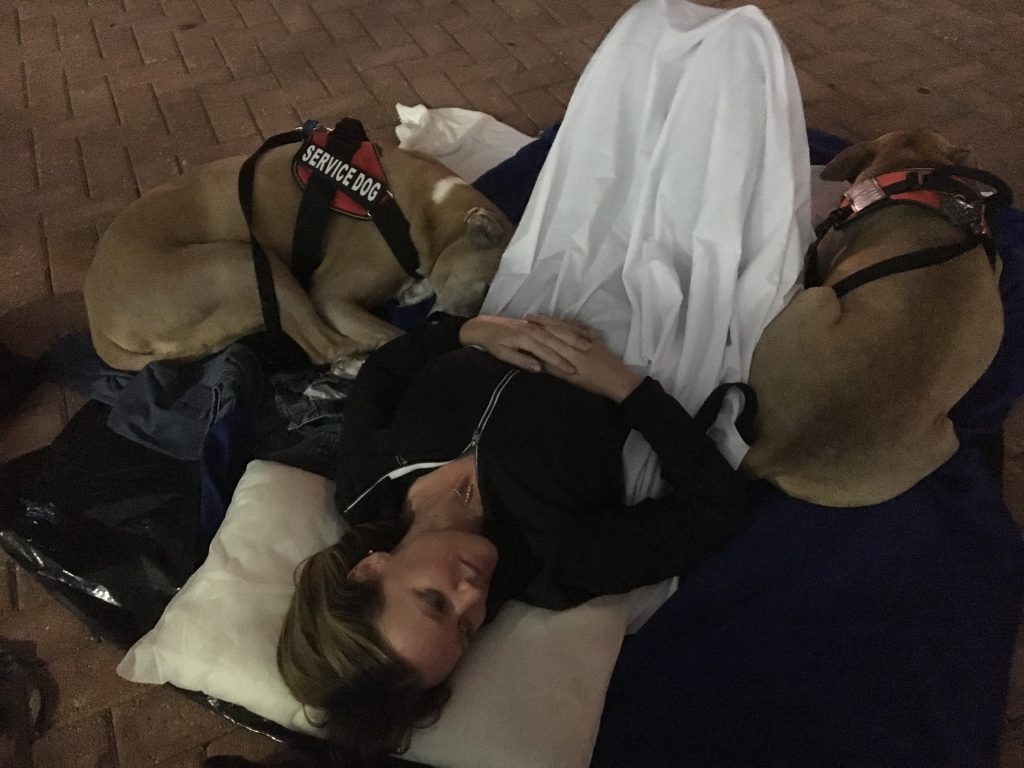 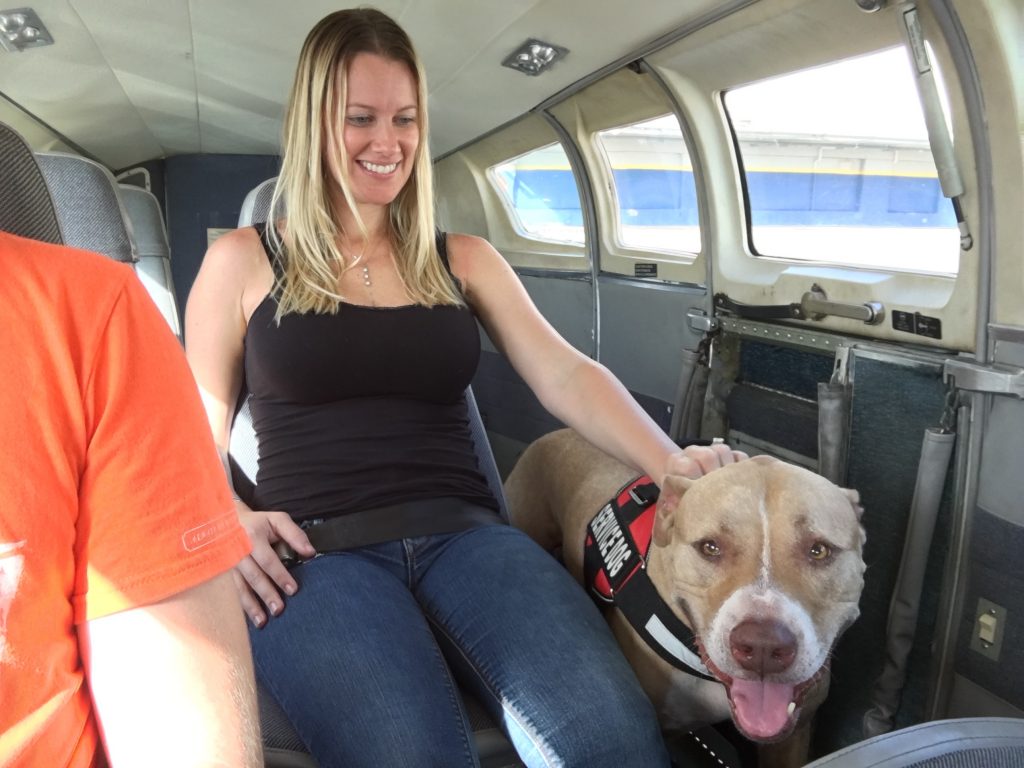 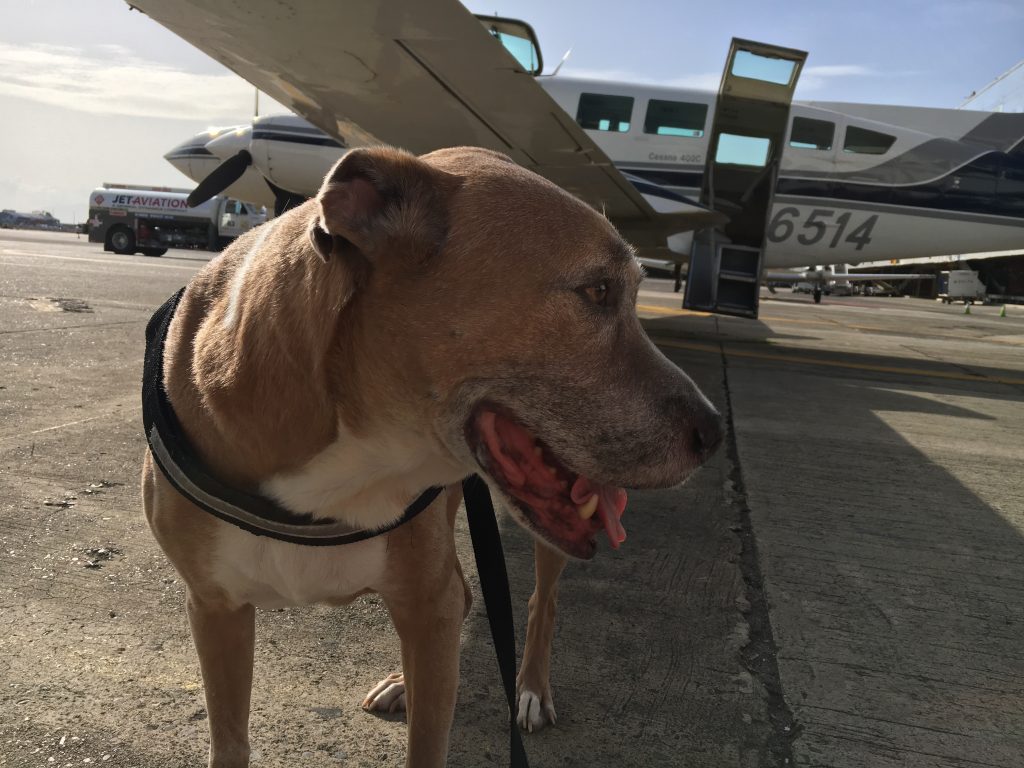 We arrived home to find our friend Rupert in our drivable Jeep. We had a flat tire, and he got it fixed for us while we were gone. What an awesome friend! To top it off, our other amazing friend Virgil drove over to the house to help us unscrew the front doors so we could get in. He had come over the day after the hurricane to nail shut our doors since the storm had blown them wide open and we weren’t around at the time. Did I say our friends are amazing?

Upon opening the doors we found a 20′ long piece of galvanized steel sheet metal roofing that had actually slammed into the doors like a battering ram, opening them to the elements of a Cat 5 storm, before proceeding to spin around in the living room like the blades of a blender. After removing it, we found a ton of leaves, mud, and debris everywhere in the house. It’s literally taken 3 days of sweeping, scrubbing tiles, walls, ceilings, and everything else you can think of by hand,  to get it clean. We are almost there though. 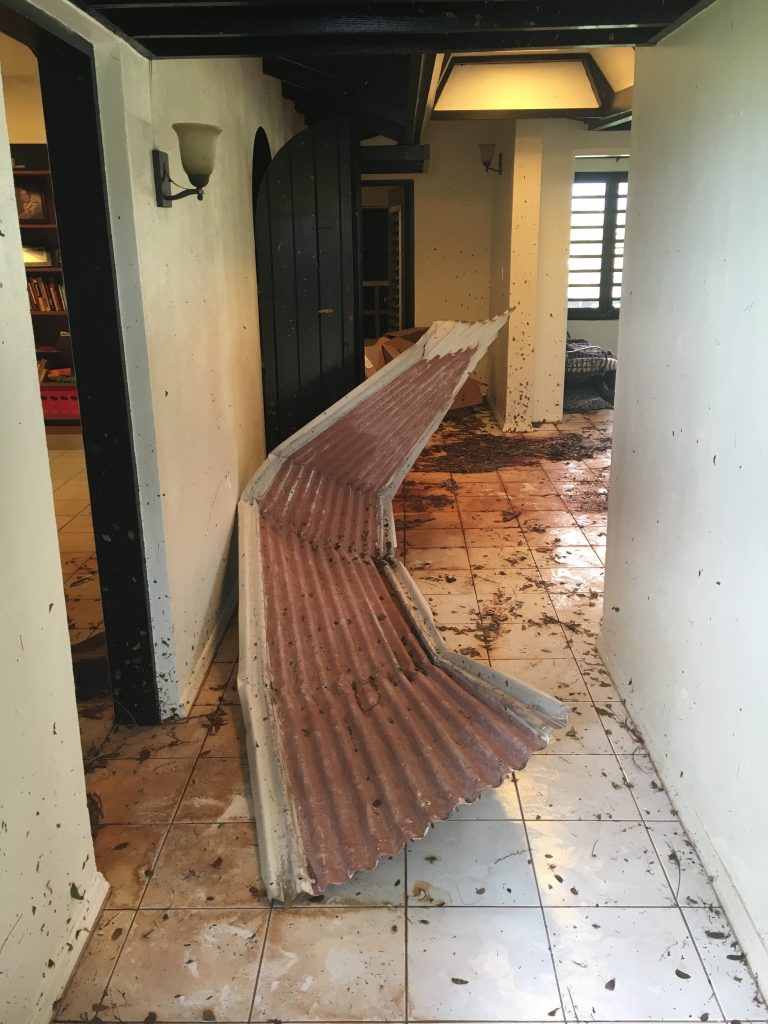 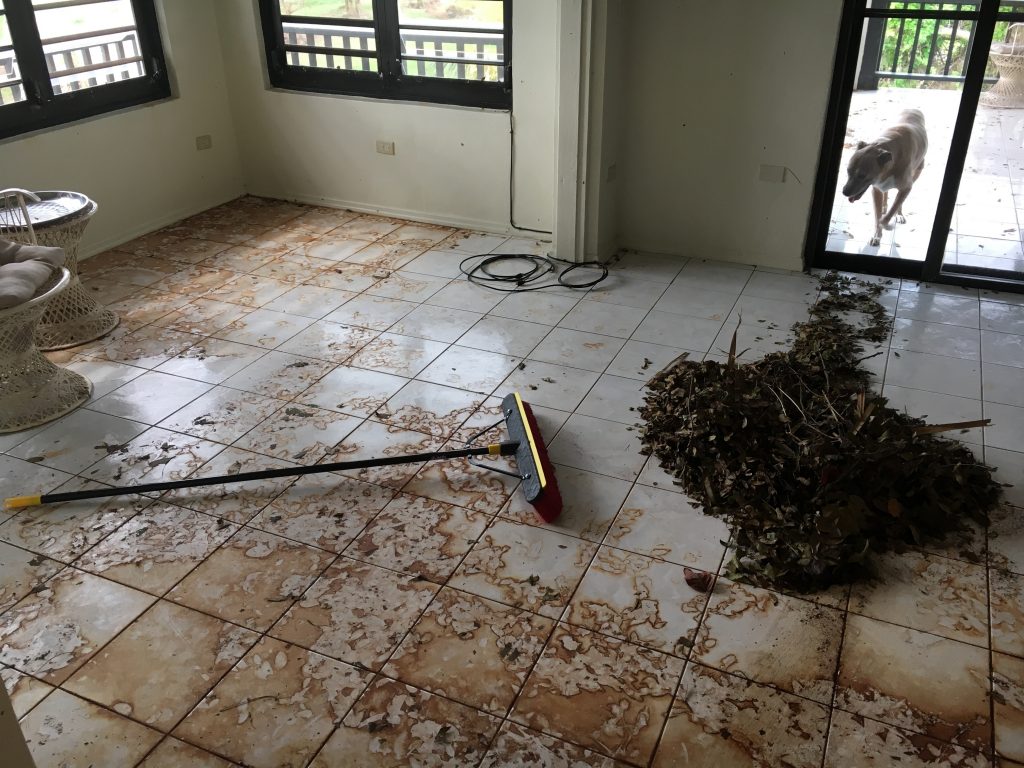 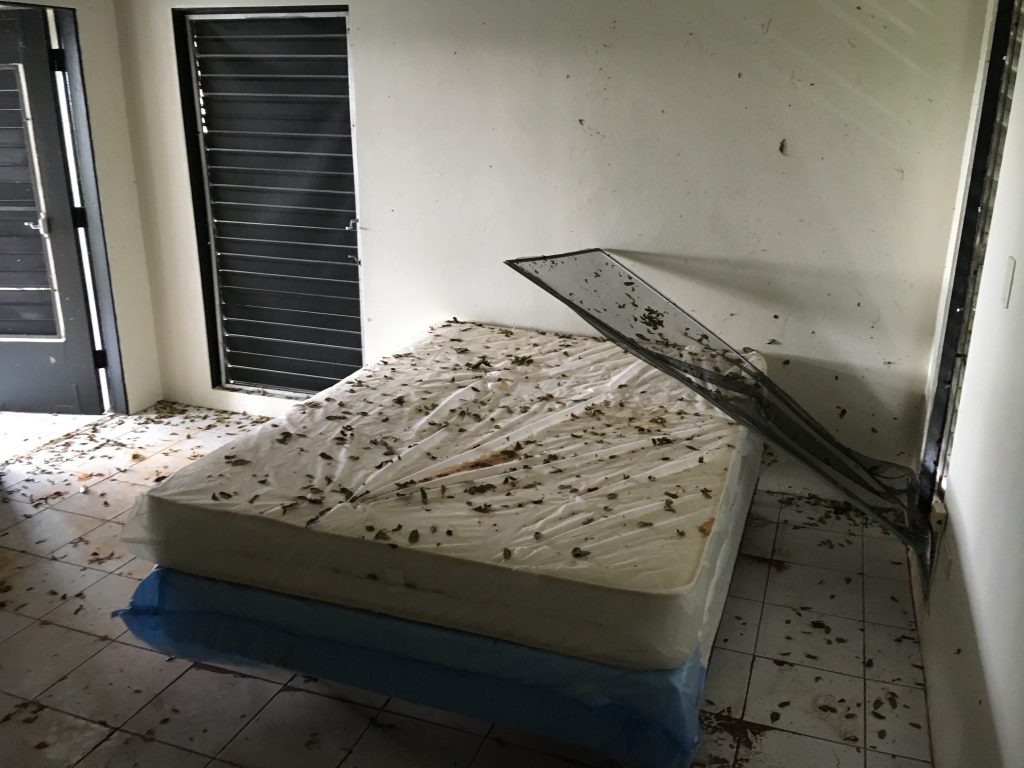 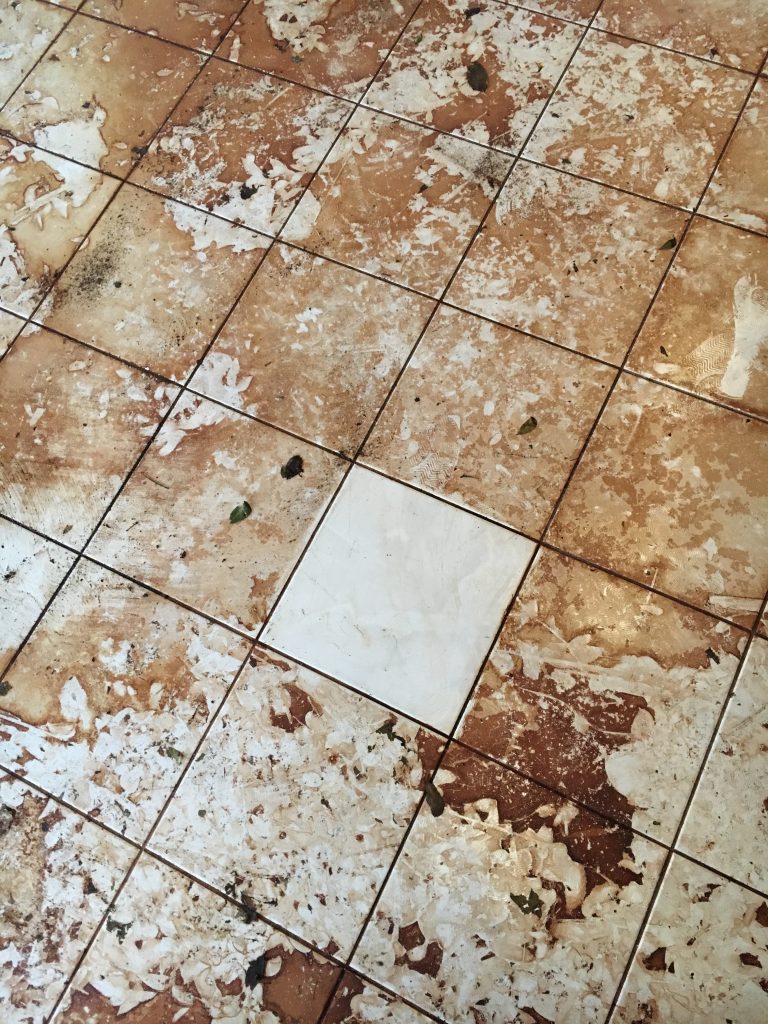 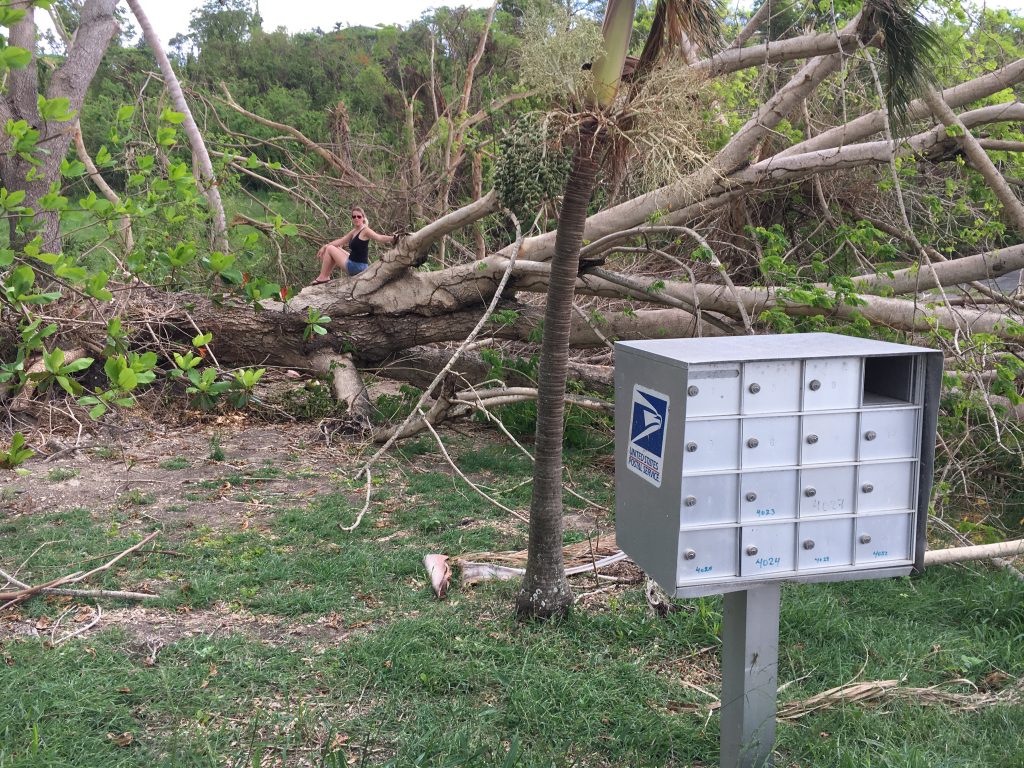 Now, back to a semi-normal life, we are only without power. The rains are bringing plenty of water. Our landlord has made it down from Missouri. His plan is to repair a leak in the cistern, clean the yard, and get a “whole house generator” installed so we have power the next few months while the island’s infrastructure gets rebuilt.

All in all we are happy to be here and are excited to start our journey. In the interim we’ll be focused on work as we wait a few months to see how the real estate market shakes out. We think we may find a great deal on a fixer upper, to cut down the build process and cost. This blog may turn into “Remodeling in the Caribbean” instead of building from scratch. Only time will tell.