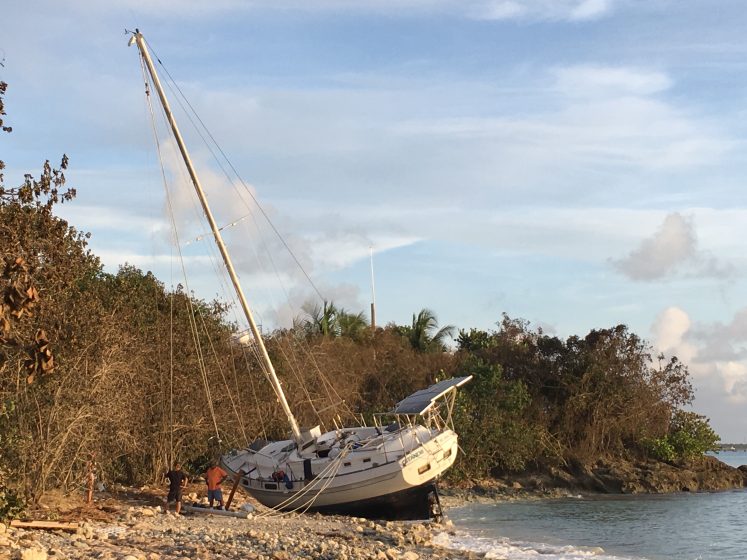 I officially placed an offer to purchase our first choice property on St. Croix today and went for a celebratory scuba dive in Cane Bay just down the hill from the property. Signed purchase agreement and earnest money are in the hands of our Realtor. I was given a verbal pre-approval for the land loan by Banco Popular the Friday after Irma came through. The person who signs the letters for the pre-approvals lives on St. Thomas which is currently decimated by Hurricane Irma so I don’t have an actual letter in hand.

My Realtor said she spoke with the original listing agent of the property and that the seller would be willing to entertain an offer for the lot, so we know he’s willing to sell it. That’s good because technically the property isn’t listed for sale currently. The listing originally expired 10 years ago when he first had it listed and never got it sold (after the last market crash in 2008.) Now, if we can only agree on the price.  🙂

I met a nice man named Matt today who helped shave a back door that swelled and was unable to be shut from the hurricane we had. I put his card in my little rolodex which is quickly growing of subcontractors and handymen whom I may hire for our build. Other than this little issue, the house has been great. It handled the hurricane wonderfully, although we lost a few trees in the yard. A couple days after the storm our landlord rented a huge rollaway dumpster and we completely filled it (he and I) with downed trees, leaves, sticks, and other vegetation that was brought down from the storm. The property looks as good as new now, minus the two beautiful missing trees that were in the front yard. I really can’t believe just how much we put in that dumpster. There was a TON of yard work to do. 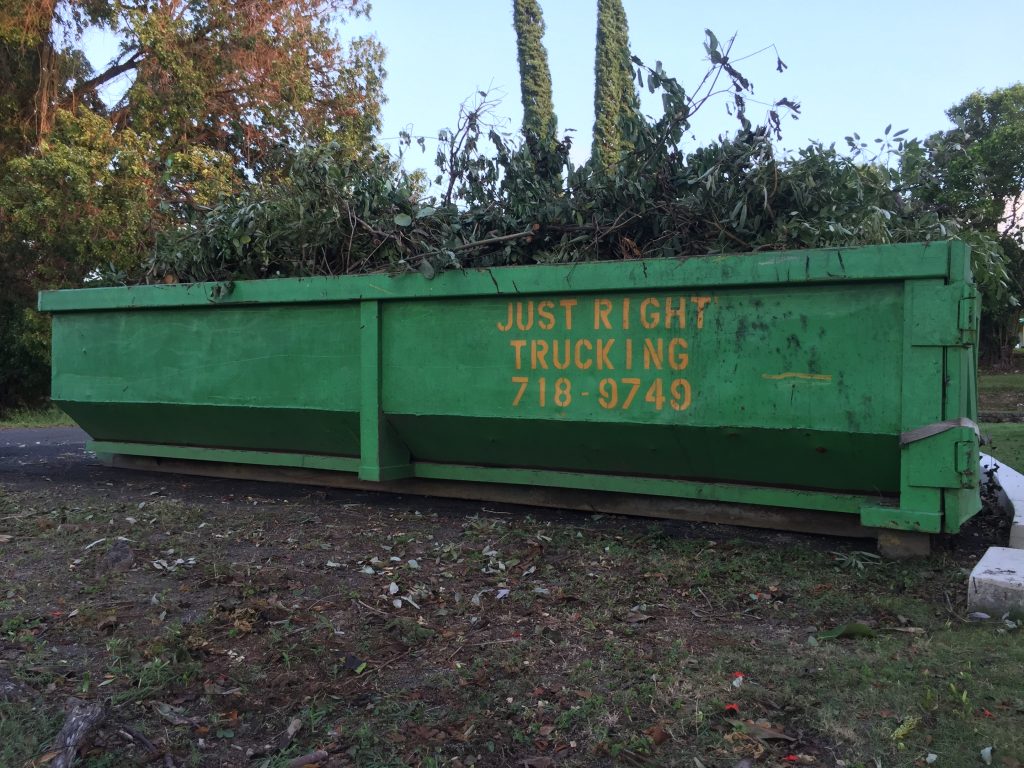 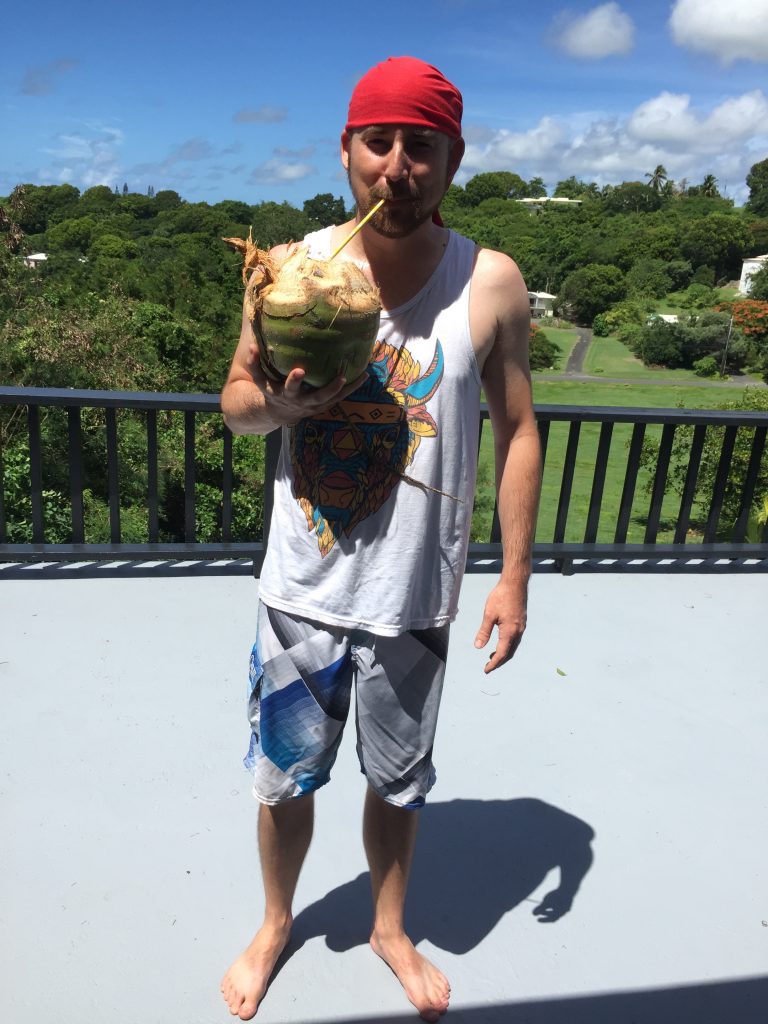 Yesterday, we harvested from our own trees on the property and collected 8 lemons, a bunch of almonds which we now have drying out, and a coconut which I hacked open with a machete and turned into a rum cocktail. We also have a plum tree on the property and a banana tree which has probably 100 bananas that should be ready in about a month. Over the week and a half of being here we were also given a bunch of Carambola (Star Fruit) we’ve been eating for breakfast and Avocados as well, which we turned into fresh guacamole tonight. Last time we were here a few months ago, we were eating mangos, genips and fresh bananas that were gifts as well. One thing is for sure on this island, even if you have no money, it may be impossible to starve with the abundance of fruit and vegetables grown here in people’s back yards. There’s something to be said about a place in which you collect your own water from the sky, and grow several edible items on every piece of land. 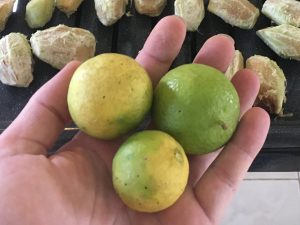 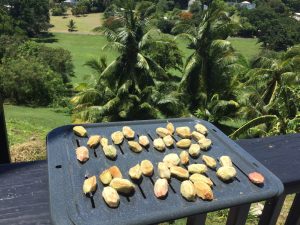 There are still people without power 6 days later here on St. Croix, although we got ours back in just a day and a half since we’re on the hospital’s grid. The neighboring islands have sent thousands of people over here for shelter so far, as much of the neighboring islands are uninhabitable at the moment. Royal Caribbean and Norwegian Cruse-lines are actually sending down cruise ships to help evacuate people who were on vacation on some of the islands that were hit, and provide them at least with a little vacation on the ride home. I thought that was pretty cool. One of the best cruises we ever went on was Norwegian.

Last night the storm hit all of our family in Florida (Tampa/St. Petersburg and Orlando). Everyone seemed to fair OK through the storm, although we have a missing fence and some roof damage to our lake house. I haven’t heard anything regarding my other rental properties there, but I assume my management company would have called if there was something significant.

Here are a few pictures of the damage around the island. All in all, not bad considering our island neighbors. We were lucky. I snapped a photo of Ham’s Bluff a day after the hurricane. It looks just as beautiful as ever, and is a constant reminder as to why we’ve moved here. It’s the last photo in the series below. 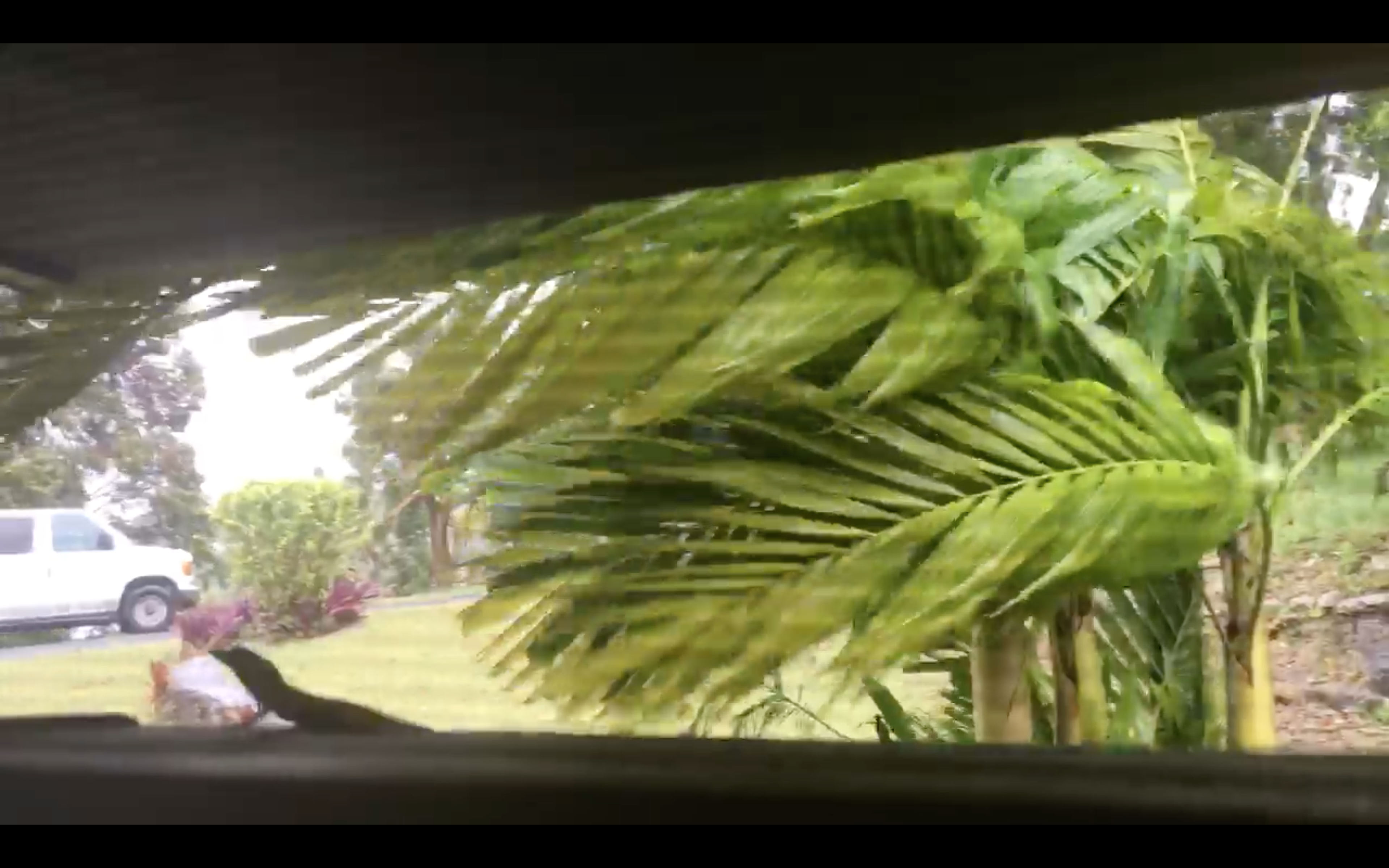 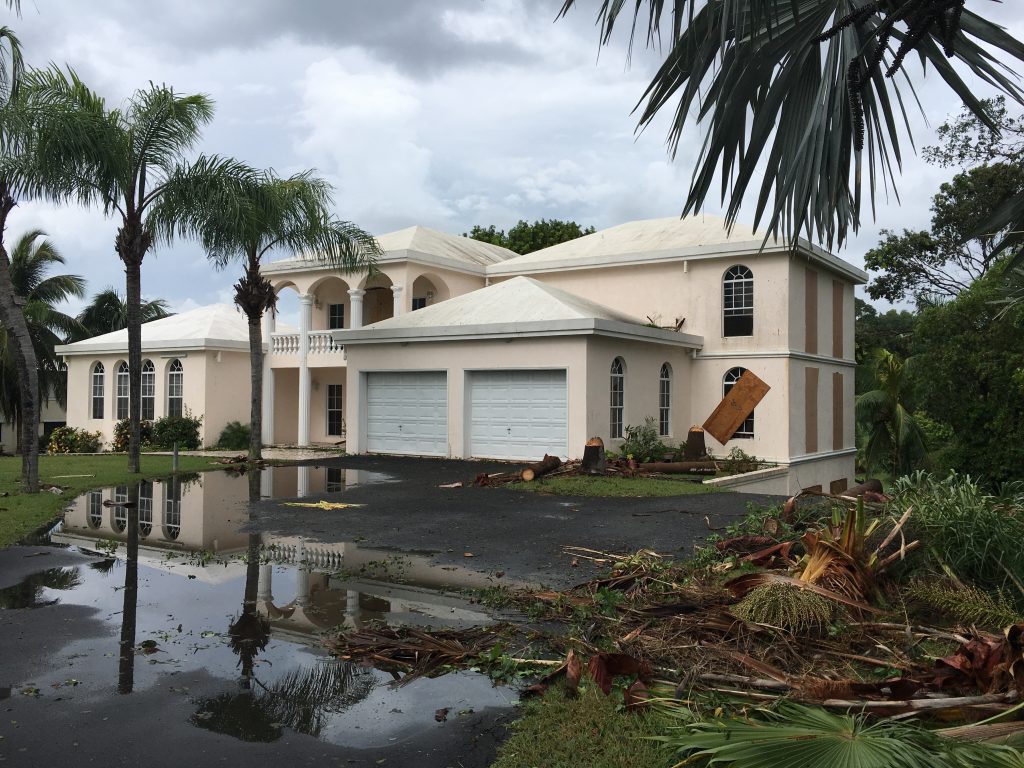 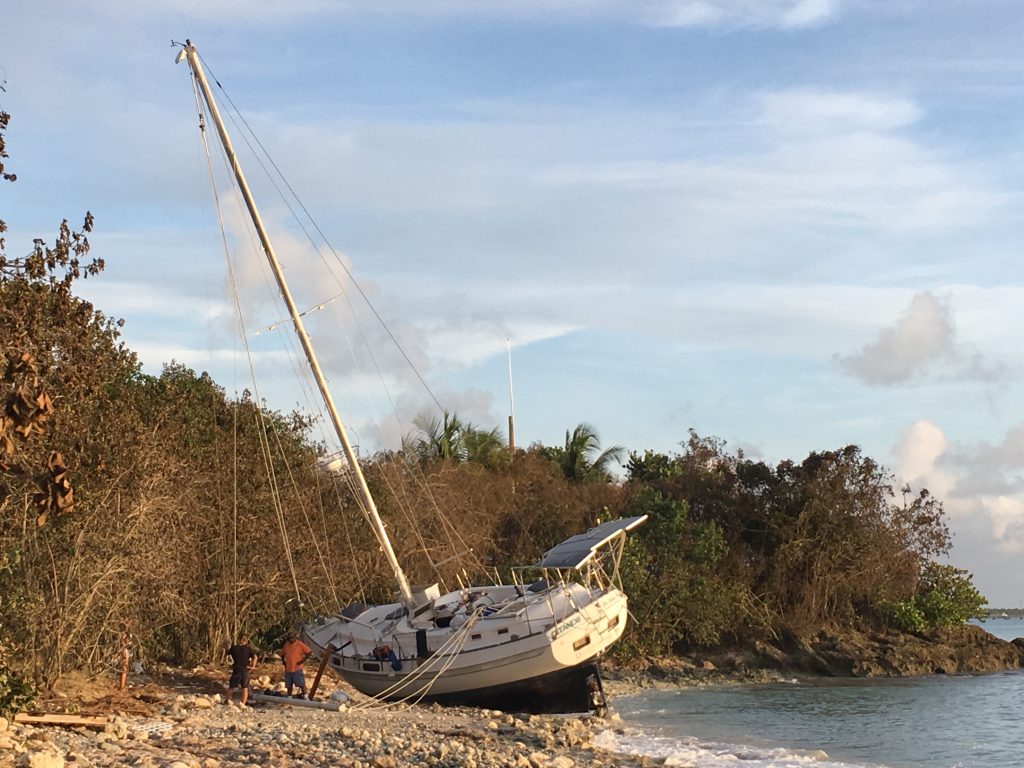 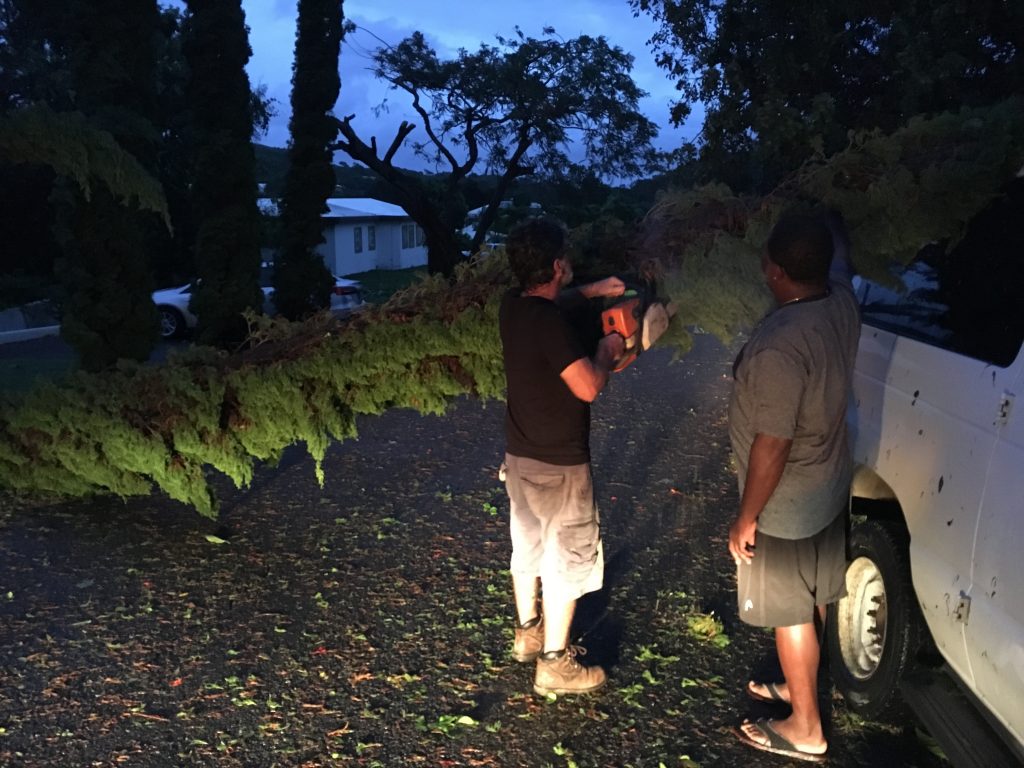 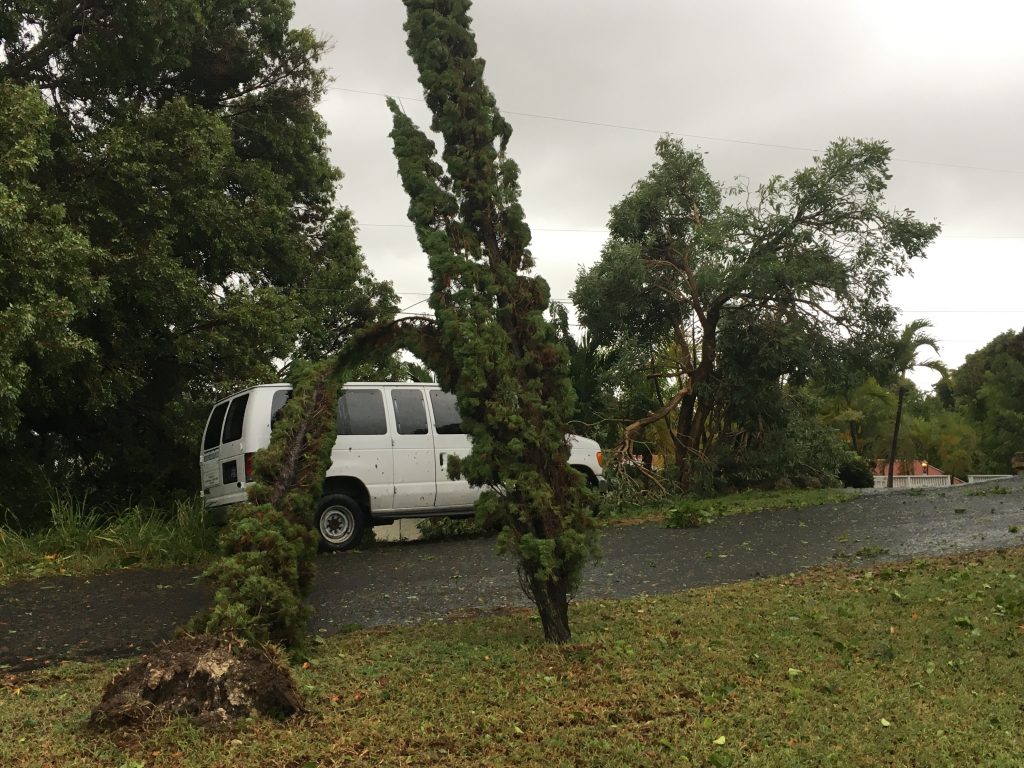 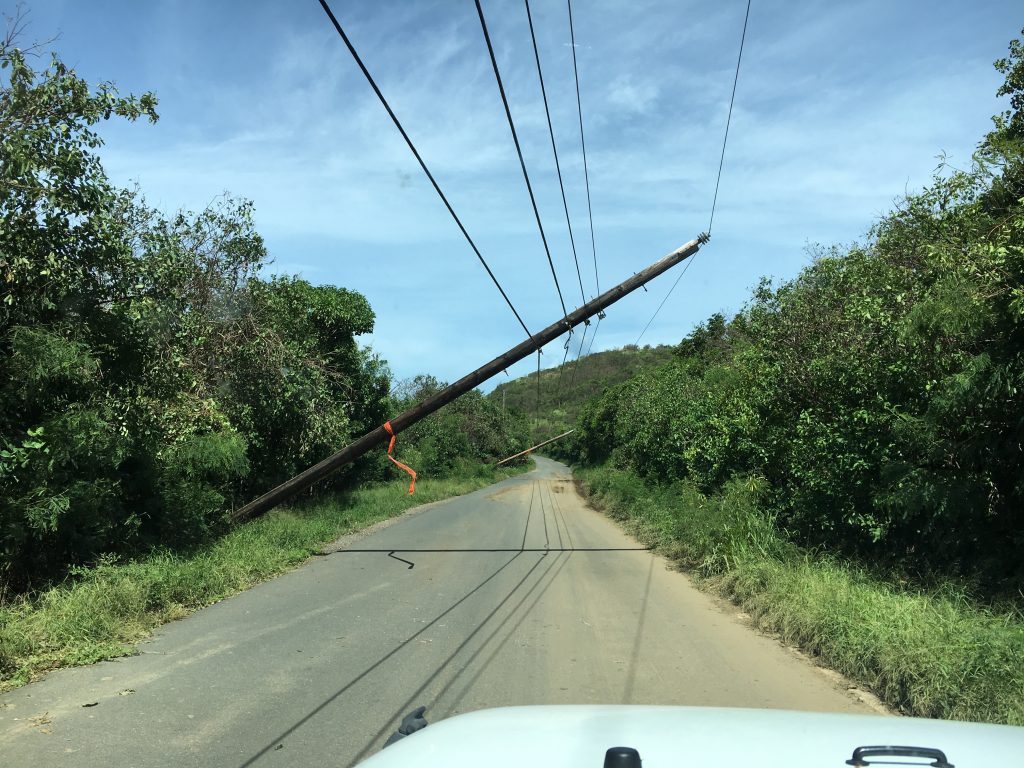 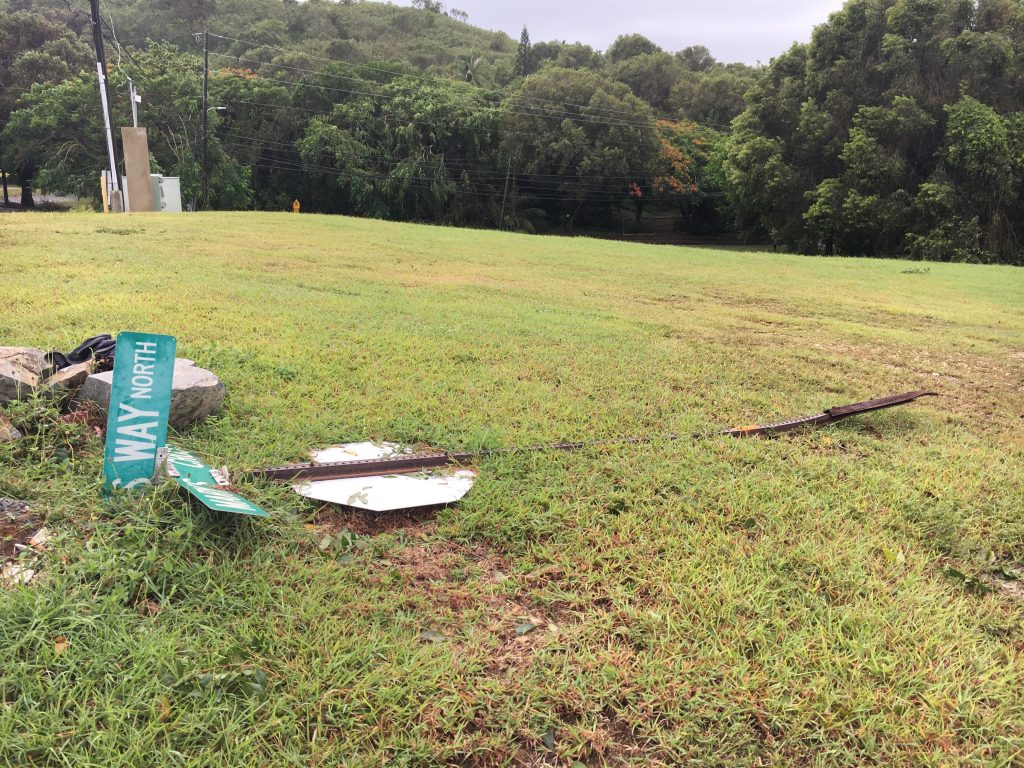 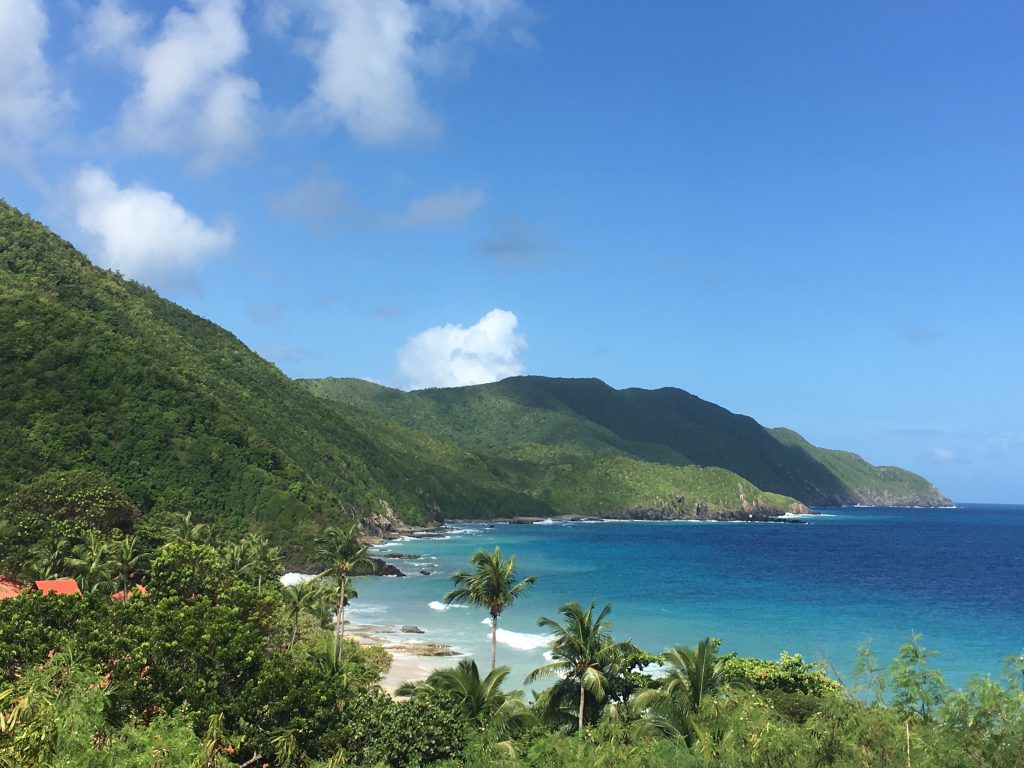