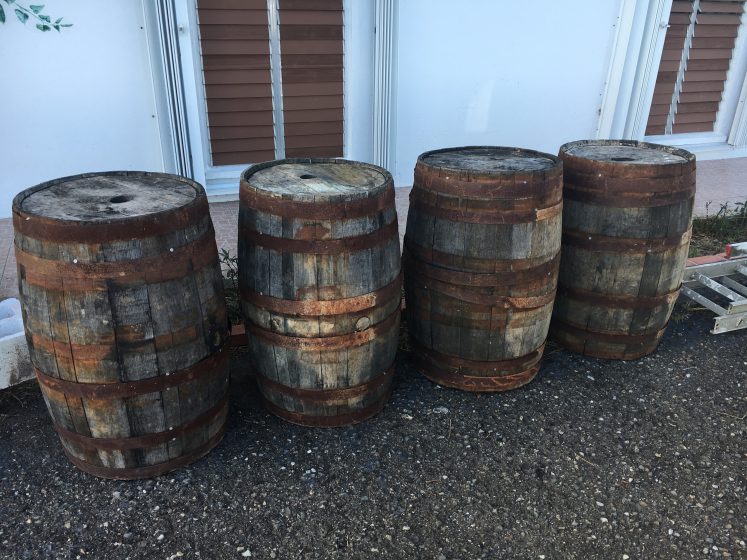 Well, the amount we’ve spent is climbing steadily, and I see no signs of it slowing down over the next 30-60 days.  We’ve bought much of our supplies for the remodel of the apartments so far but have a long way to go on the entire house.  Remaining for the apartments will be fans and light fixtures, tile for the Mermaid (Apartment 2), shower, and the labor to install the granite counter tops.  We’ve purchased our sinks and faucets for the kitchens downstairs.  The sinks are a modern under-mount granite and should compliment the granite counters and backsplashes we selected for each apartment nicely.  All three are being shipped to Miami, and then forwarded over to St. Croix via VI Cargo.  That’s how we get everything into the island that isn’t through the United States Postal Service.  They make it pretty simple actually, and the cost isn’t outrageous in reality.  It does add 5-15% more to everything, depending upon how much an item weighs and how big it is, but the price to live here is well worth it.  It also adds a week or two in additional time to arrive, again the price you pay living on an island.   Oh, and I almost forgot import tax into the territory… that adds a few more percent to the cost.

Demo to the counters and cabinets has been fun.  Redoing the ones in Windsor’s Rest went well so we’re doing the same with the Mermaid.  The Mermaid has some old wood damage from termites so we’re replacing some of the cabinets this week before getting the granite installed. After pulling the backsplash off of one of the walls in Windsor’s Rest (which was just a piece of Formica) I noticed some crazy demo had been done at some point to replumb.  It’s not a concern of course, as I’ll be installing our slate backsplash soon enough so you won’t even see it, but I took a few pictures as it looks pretty gnarly.

The sinks should arrive around the first or second week of June, and we should have them installed shortly after, and just prior to our wedding it seems.  (June 23rd.)  Most likely, all three apartments downstairs will be finished and ready to rent out by mid June or the first week of July.  We’re incredibly excited about that, and the ability to start earning some income from them while we continue making progress on the rest of the remodel.  The sinks have to arrive before we can insert the granite counters since they’re under-mount, and then the backsplashes can be installed.  Windsor’s Rest is now finished (with the exception of a small rum barrel vanity project I’m going to tackle and the sink/counter/backsplash.)

We bought six rum barrels yesterday for $190 to include delivery.  Besides turning a few into vanities by cutting them down, sanding and refinishing them to add a bit of Cruzan flair to the apartment restrooms, we’ll use the others in our garden.  They look awesome outside when plants are around their base and set on top of them.  It gives the gardens a real caribbean flair.

In addition to the sinks and vanities, we’ve also measured out all of our windows and doors in the house.  Right now the Jalousie windows are incredibly outdated looking, and over the years the previous owner has replaced any that broke with wood – which make a great hurricane shutter but impossible to see through… and with these views, I’m not sure why anyone would ever block the windows.  Even the glass Jalousies are hard to see through though, and the breaking up of glass really impedes the view.   We’re going to purchase flat pane horizontal sliding windows with vinyl tracks made by PGT Windows.  These can be slid open to catch the breezes, but when closed they will show the most glass for the best clear views.  Vinyl is our choice instead of aluminum to cut down on the corrosion that happens here to metal since we don’t run central heat or air, and the salt from the sea assists in the breaking down of metals. We will have two walls with pocket sliders that open up completely to a wrap around balcony (on both the South and East end of the home) when we are finished.  The photo below is an example of the glass sliders we’re installing and sort of what we’re going for.

My Uncle Bob Royall, who works at World of Windows in St. Petersburg, Florida, is helping me with the Windows.  21 of them total which includes the two long pocket sliding door walls.  He’s given us a great deal and even spoke with the manufacturer to get an extended family discount for us.  If you need windows, please give him the opportunity to assist you!  He made some great suggestions for us and even came up with a customized solution for a kitchen pass-through window we want to install.  The total cost for the windows, not including shipping through VI Cargo and import taxes is just around $22,000.  That of course, doesn’t include any installation either.  I’m guessing on the installation, it’s going to run us around $10,000-$15,000.  I could be way off.  One person told me it may cost as much as $1,000 per window in a concrete house.  Jeeze, I hope not.

Removing Tile Sucks! For the past week, I have been removing tile in the Mermaid.  I started with a hammer, and got no where… so I used a medium size tile jack hammer that I rented for $78 on island to do most of it over the course of about 6 hours.  In that time frame I had a few pieces of shrapnel cause me to bleed, and a nice metal floor track slice my leg up pretty bad.  There were some areas I couldn’t reach with the jack hammer so I’ve been pulling those up manually with a chisel and a hammer again.  I’ve hit my hand so many times I’ve lost count and my thumb is twice the size it should be I think.

When we go to do the upstairs (5 times the size of the downstairs floor I just removed) I am definitely hiring someone to do that removal.  So far we’ve only hired the lawn guys to clear our view, and plan to hire the granite installer.  Other than that, everything else has been done by Shaleece and I.  My cousin Kira is flying down to assist us with some painting in a week or so.  We’re super grateful for her and can’t wait for her to get here.

We’re on our second dumpster now; it’s filled with much of the demolition from the second apartment including the tile from the floor I’ve been wheel barreling out.

Finally, I did take some time to clean up the logo we found and added “Estates” to it.  I couldn’t find the font, and most likely it’s a treatment anyways, so I had to create it from scratch to match.  Took some time, but I think it came out great.   Next update soon. 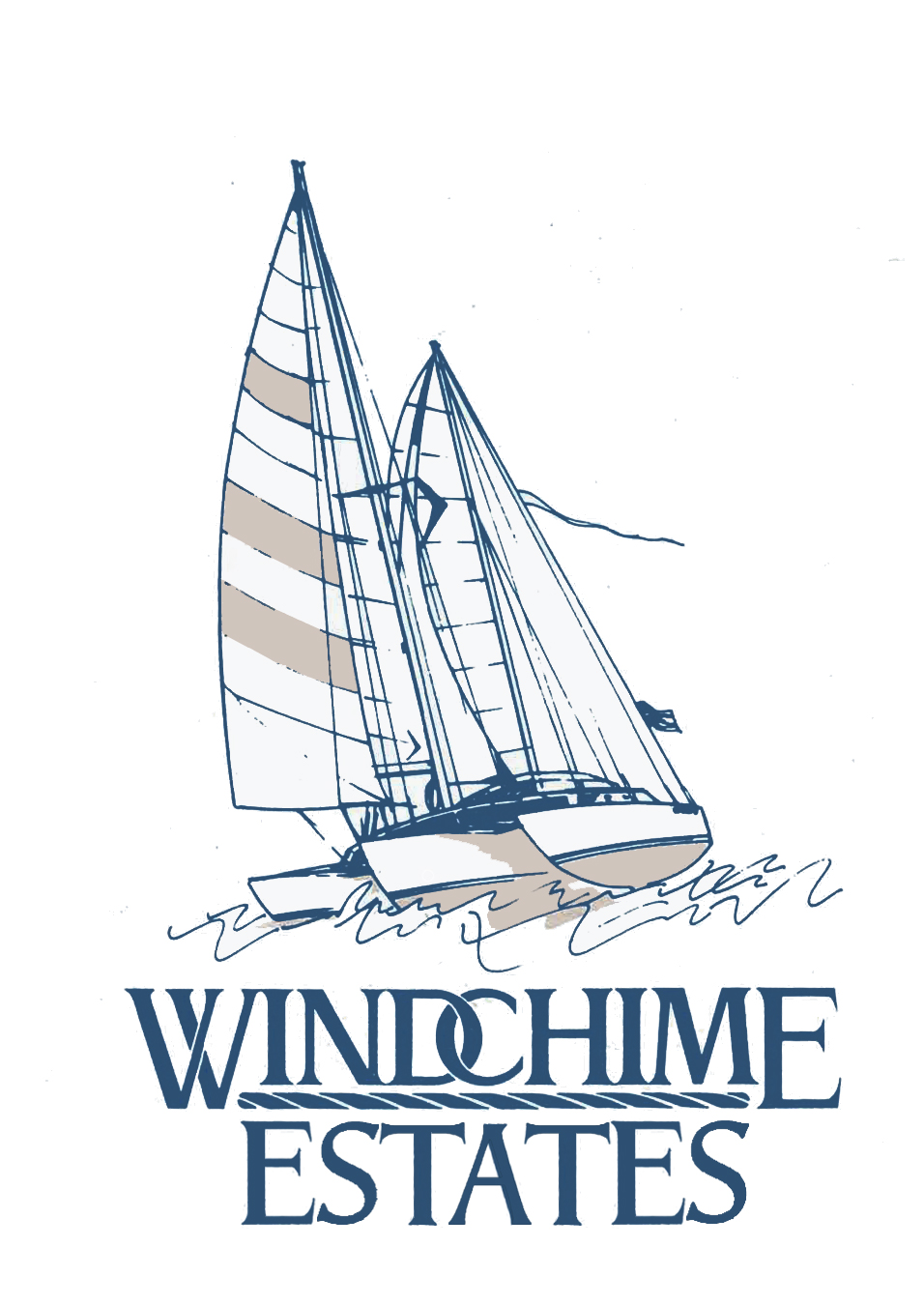 One thought to “Removing Tile Sucks! …But These Apartments Are Well On Their Way!”